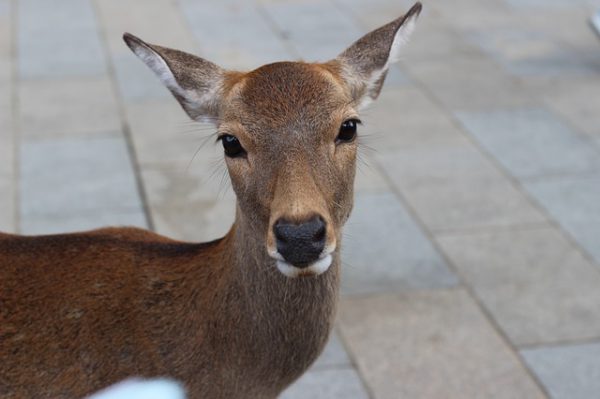 Nara has many routes where you can enjoy cycling, but the three large-scale cycling roads in particular are easy to run because there are sections made only for bicycles and pedestrians.

One of them is the Nara Cycling Road, which extends to Horyuji Temple starting from Nara Park.

We will introduce this cycling road, which can also be used for sightseeing around Todaiji Temple, Kofukuji Temple, Yakushiji Temple, Horyuji Temple and Nara’s representative temples.

Introduction to cycling roads and courses

The distance of all lines is 21.9 km, and it is a bicycle road starting in front of Kintetsu Nara Station, with horyuji South Gate as the end point.

The blue part of this map is Nara Cycling Road.

Because three cycling roads are like the course continues, the person who has physical strength seems to be able to run at once!

Nara Cycling Road does not mean that all routes are for bicycles and pedestrians.

It is a bit disappointing that many of the routes become shared sections with driveways and sidewalks.

In addition, it is also good to choose not to go through the cycling road to Saiddaiji Temple because there is a long way around from Kintetsu Nara Station to Saidadaiji Temple, and there are also ups and downs.

I felt like I was running through nature, and when I ran this section once, I was quite tired because there were a lot of slopes^;

After that, when you access the vicinity of Nara Station from Saidaoji Temple and Kizu River, you can drive on a general road without using this cycling road.

The distance of all lines of Nara cycling is about 20km, and it is not so long.

However, between Kintetsu Nara Station and Saidayoji Temple, there is a slope along the way, and it is a little painful, so it might be a little difficult for people who are worried about their physical strength.

Especially if you are aiming at Nara Station from the starting point of Horyuji Temple, you can climb more in this section, so you may want to choose to go to Saidaoji Temple or Heijo Palace Historic Park.

You can see the course of the cycling road in this video, so please check what kind of course it is.

It is convenient to access from Kintetsu Nara Station, which is the starting point of the bicycle path, and JR Horyuji Station near the end point, and is suitable for wheel trips.

If you want to start or end the ruins of Saidadaiji Temple or Heijokyo, it is a good idea to start from Kintetsu Yamato Saidayoji Station.

There are a lot of sightseeing spots in the middle of Nara bicycle road.

In the vicinity of Kintetsu Nara Station alone, there are some of Japan’s most famous sightseeing spots, such as Todaiji Temple, Nara Park, Kofukuji Temple, and Kasuga Shrine.

If you’re visiting Nara for the first time, you’ll probably enjoy sightseeing and run out of cycling time (laughs).

In addition, there are many attractions such as Horyuji Temple, Yakushiji Temple, Heijokyo Ruins, Koriyama Castle, etc.

Because it is 20km, it takes about two hours if you run at once, but it is a waste not to stop anywhere on the way!

It would be interesting to go back and forth between Nara bicycle paths in one night and two days and run like pottering while touring sightseeing spots.

It is enough to run slowly in this course.

If the sightseeing spot is a resting place, you can enjoy sightseeing and it is two birds with one stone.

However, Horyuji Temple, Todaiji Temple, Nara Park, etc. are the starting points and end points, so it is a little difficult to become a resting place (laughs)

The place of the meal is not troubled because Nara is a tourist spot in the first place, but there is a place where it is a little expensive by the sightseeing spot price a little.

There is a high recommended shop of Cospa in Yamato Koriyama about the middle of the bicycle road on the way.

It’s a little far from the bike path, but it’s worth a visit!

When it comes to running along the Nara Cycling Road, it is recommended to start at Kintetsu Nara Station, where there is little uphill, and make Horyuji the end point.

Since the route from Saidadaiji to Nara Station is a lot of ups and downs by bypassing, if you do not want to enjoy sightseeing and eating, this section is also a good shortcut on the general road.

Because the attraction such as the sightseeing spot on the way is a method, it is a bicycle road that I want to run in a relaxed pottering sense.